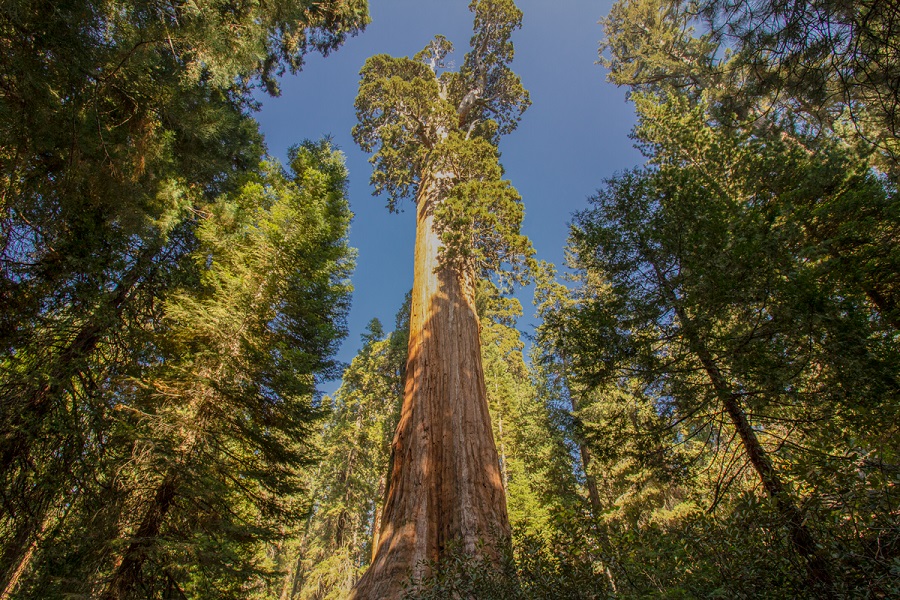 Located in Kings National Park, this short trail wanders through a grove full of giant sequoia trees. The trail features the General Grant tree which is the third largest tree on the entire planet.

Imagine being one of the first people to wander through the Sierra Nevada mountains. Spread throughout the range are sprawling conifer forests that suddenly open up to groves of monstrous trees. These trees are so different that they almost resemble some sort of prehistoric Jurassic time period. The giant sequoia, are a sight that several bands of Native Americans had to themselves on a regular basis for years before the first European settlers came to the area.

Kings Canyon National Park is one such area where these behemoth trees grow. Grant Grove is near the western up of Kings Canyon National Park and features a short loop trail. This loop trail winds through a ninety acre grove of large sequoia trees. This grove features some of the largest trees on earth. In fact, a higher percentage of Grant grove’s mature sequoia trees grow larger in diameter than any other grove. This is all due to the perfect amount of sunlight, soil conditions, temperature, and moisture.

The most famous tree in this grove is the General Grant Tree. This tree is the third largest tree in the world by volume. It measures forty feet in diameter at ground level. The Grant tree is the widest sequoia in the world. Another notable feature along this trail is the Sentinel Stump. Measuring twenty-four feet in diameter, portions of this tree were sent to the east coast as part of the Philadelphia Centennial Exhibition. People were reluctant to believe the existence of of these trees and referred to it as the “California hoax.”

When visiting King’s Canyon National Park stopping through to see the Grant Grove is a must. The trees are massive. The shaded and paved trails offer a relaxing hike through the sequoia meadows compared to some of the area’s more difficult hikes. For a fun photo opportunity, stop by the Gamlin Cabin half way through the hike. Built in 1872, this cabin was for several decades for the early loggers, to the U.S. Calvary, and the first park ranger.

For another must see grove of giant sequoia, stop by the Giant Forest in Sequoia National Park. This grove features the General Sherman tree, the largest in the world by volume.

Open in maps. Cost is admission to to Kings Canyon National Park. An America The Beautiful pass will also work. Grant Grove is nearest to the Big Stump entrance off of Highway 180. The park can also be accessed through Sequoia National Park to the south. There is an ample parking lot but it can fill up quickly especially during the summer. Snow can fall anytime from late summer to late spring. Check with the park service for the current conditions.

An informational placard about the trail.

Most of the trail is is on soft dirt.

Winding through the meadows.

The leftovers of a large stump that was used as an exhibit on the East Coast to prove the existence of these trees.

General information about the Grand Tree.

The sun shining through the forest canopy on a pair of sequoia along the trail.

Who The Grant Grove Tree Trail Is For:

Novice Hikers: This is a very simple trail with minimal elevation and a very good path. Most hikers would consider this a stroll as opposed to a hike. New hikers would be incredibly blessed to have this as their first experience outdoors.

Advanced Hikers: Wandering through towering Sequoias is quite the experience regardless total trail distance. Those looking for more of a walk would likely enjoy doing the loop trail or exploring some of the trails nearby.

Best Time Of Year To Hike The Grant Grove Trail:

This is an area that experiences a full four seasons. At an elevation of over six thousand feet, summers can still be be quite warm. There is however ample shade along this trail. The fall can be cool and it can snow any time from September to June. The winter months see the most snowfall and are downright cold. Prepare accordingly with the proper gear and attire.

I’ve seen these trees in the summer and in the winter. I can honestly say, I prefer to see some snow on the ground. Spring and summer brings some greenery and wildflowers to the area. During the winter, snow and ice can be along the trail and roads. Summer time can bring thunderstorms.

The Grant Grove trail is a loop trail and can be hiked in any direction. The General Grant Tree is located closer to the right hand side of the trail. This trail is mostly paved and in excellent conditions with very little elevation gain. Parts of the trail have a wood fence barrier. Please do not cross the path and venture out near the base of the sequoia trees. They have a very shallow root system. Foot traffic can disrupt the soil near the roots and compromise their health. There is no poison oak along the trail. Rattlesnakes aren’t likely to be encountered but aren’t ever out of the question. 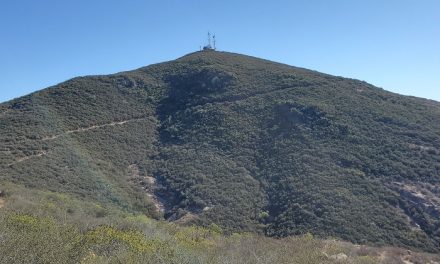 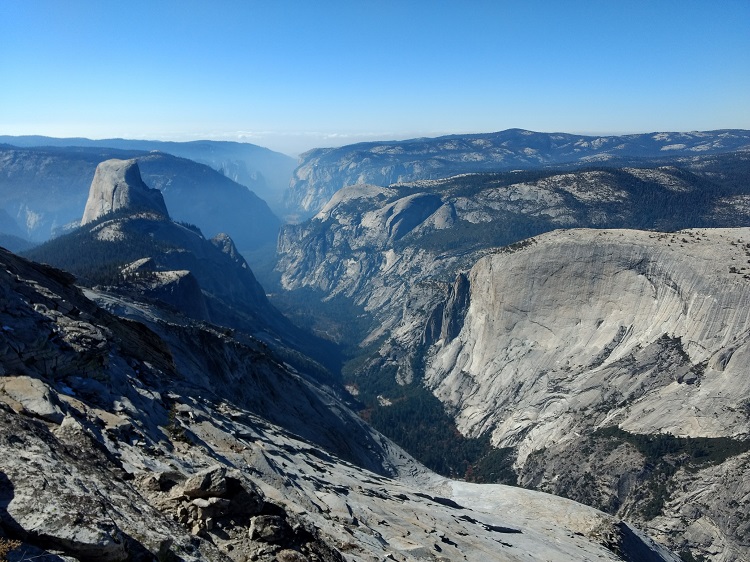 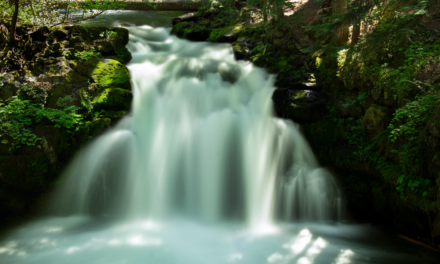 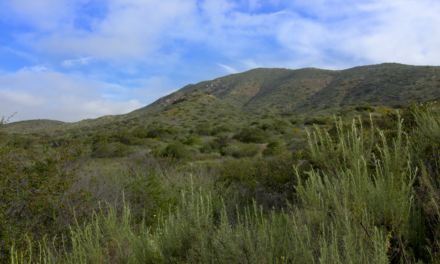