Ever since the advent of major social media, picturesque landmarks have seen an uptick tourist activity. As many people figure out a way to capitalize on famous landmarks in nature, places that were once a quiet secret, have become increasingly popular. Increased visitation is arguably having a drastic environmental impact on these sites. This is leading some to argue that social media is ruining America’s National Parks and other beautiful landscapes.

There used to be a time before social media where hard to reach places were much more difficult to find and visit. Through local knowledge and word of mouth from circles of friends, photographers were able to obtain photos from beautiful places without giving away the location of a beautiful landmark. These days, social media and smart phones as completely changed how people are able to view and find a location.

Just about everyone has a cell phone with the capability of quality pictures. These pictures once uploaded can be shared across a multitude of social media platforms with the most popular one being Instagram. At the time of this article Instagram recently went over one hundred billion worldwide users. The process of geotagging allows users to attach a specific location to a landmark or point of interest. Users can then easily find and access the location where the picture was taken and visit it for themselves.

Here’s an example of how geotagging can impact a particular trail or region:

While I’m not necessarily writing this article to argue that social media is ruining landmarks, I’d like to encourage those people reading this to think about the impact that they can have on a location.

The process of geotagging has been underway for several years. Beautiful landmarks once widely unknown have now become popularized to hundreds of millions of social media users. Some users of social media accounts have tens of thousands of followers and are able to generate a significant amount of income. This source of income can encourage users of some accounts to visit popular geotagged locations to promote their own popularity or market a product.

Horseshoe Bend in Page, Arizona is probably one of the most popular cited landmarks of the impact that social media and geotagging can have on a region. At this famous landmark the Colorado River carved out a u-turn out of the canyon. Here people can sit near the edge and look 800 feet below where the river winds through. Prior to the launch of Instagram, visitation to the area had a few thousand annual visitors. In the year of 2010 when Instagram was launched, the numbers of visitors increased to 100,000. By 2015 the numbers more than quadrupled to 750,000. For 2018, visitation is expected to be close to 2 million people (1).

Horseshoe Bend is a beautiful looking place but it was the use of geotagging that help to put this place on the map. The tourism boom of Horseshoe Bend has many critics pointing to social media as the number one driver. For the town of Paige, Arizona however, it was mostly caught off-guard. The number of residents in the small town numbers around 7,000 people. The town was largely unequipped to deal with with the average daily amount of visitors almost as much as the town. What Park Service struggled to deal with was the heavy traffic and amount of trash left behind by visitors.

Traffic congestion is a common and well documented problem in America’s National Parks. There’s even a top ten list circulating about the parks with the worst amount of traffic (4). I’ve personally witnessed gridlocked traffic within Yosemite National Park. Most of the parking lots are completely full shortly after sunrise during the peak summer season. Wait times for the Yosemite Valley Shuttle System can be horrendous. The park warns visitors to expect wait times of an hour at entrances and expect delays of two to three hours within they Valley (3). With the added traffic brings about road rage, an overloading of park facilities, trash, and noise. The added noise can alter the behavior of the animals that so many of us hope to get a chance to see.

Trying For The Same Shot

With the popularization of many National Park Destinations and landmark photographs, other photographers often flock to the same areas. Some photographers come to popular areas trying to hone in their photography skills and emulate those that have created amazing shots in the past. Some are trying to put their own personal touch to a photo of a popular spot. Others are fighting for a selfie or some sort of modeling Instagram portrait. When thinking about popular locations, several spots come to mind. The already mentioned Horsehoe Bend is one such place. Other places I can think of right off the top of my head are Tunnel View/Inspiration Point in Yosemite National Park and Mesa Arch in Canyonlands National Park. I’m sure others can chime in on dozens of other popular sites.

Speaking from my own personal experience, I’ve been to Tunnel View in Yosemite several times now both around sunrise and at sunset. The amount of photographers lined up to catch the perfect lighting can be a little bit ridiculous. I’ll admit, Tunnel View is an incredible spot and popular for the right reasons. I even love setting up shop to take photos there. The place is incredibly beautiful and gives me the opportunity to practice my photography skills based off photos I’ve seen in the past.

Still, others argue that all these people traveling to these iconic spots are causing an oversaturated photo market, lack of creative process, ruin trails, and leave behind a bunch of trash (5). Within the same argument, some people say that these photographers that geotag their content are adding to the problem and have a blatant disregard for the environment.

Finally, one of the last talking points that fuels the some of the more popular debates about social media and famous landmarks are the selfie deaths. While I have to admit, in relation to the large volume of people visiting national parks, the amount of people that unfortunately died is relatively small. Still, it’s a very unfortunate topic and one that has some people arguing that if it weren’t for the popularizing of landmarks, this wouldn’t be happening. But to be fair, even John Muir and President Roosevelt stood at the edge of a three thousand foot drop from Glacier Point in Yosemite National Park.

But does that mean that just because one person has done it that other people should do it too? In this day and age of social media, if a person has enough followers, they can earn a decent living based off the pictures that they post. The financial prospects of Instagram isn’t a secret. The competition, however, is stiff. This leads to hundreds if not thousands of Instagram accounts all competing for photo opportunities for a piece of the popularity and financial pie.

At the time of this writing, one of the most widely talked about social media selfie deaths involved a couple from India who recently relocated from the United States. The couple fell to their tragic death over eight hundred feet below Taft Point in Yosemite National Park – a ledge I’ve stood at myself (6).

The couple from India was heavily popularized by the national media but they’re not the only case. Also in Yosemite National Park, a teen fell to their death while attempting to take a selfie while leaning over Nevada Falls on The Mist Trail (7) . In September of 2018 a woman fell to her death while taking a selfie two hundred feet of Lake Superior in Michigan (8). In 2015, in Yellowstone National Park a woman was gored by a Bison (9). Finally, this past May, a visitor at the heavily popularized Horseshoe Bend fell off the cliff there while attempting to take their picture (10).

Is It Time To Reconsider The Geotag?

These examples of people who have become injured or lost their life are the exception. But the examples of parks and landmarks being inundated by people add to the overall argument that social media is ruining Americas National Parks. Some argue that the mass popularization of landmarks brings about people who are inexperienced in trail conditions, have no regard for nature, and add to the problem. So what are we to do?

The opinion on the solution seems split. Some people see this as a problem that can’t be fixed. Those people argue that it’s our job to educate those who are new to the outdoors. The argument on that end of the spectrum is that leaders in the industry should to their best to educate people on how to appreciate nature while leaving the smallest amount of impact available (13).

The other end of the spectrum is calling for people on Instagram to stop geotagging altogether (11,12). The proposal is for social media users to tag general locations instead of specific locations. The argument is that while tagging can appear innocent, it can have drastic impacts to particular places. Horseshoe Bend is a perfect example of that environmental impact. This proposal brings about with it criticism that this view comes across as elitist and that they should be able to enjoy these places.

So what do you think? Is social media ruining America’s National Parks? Or is it helping to raise awareness and bring in revenue that’s much needed to help protect some of America’s most wild lands? While I don’t necessarily think that social media is inherently ruining National Parks, I do think that we need to be aware of our individual impact when stepping into nature. Share your thoughts in on the comments below. 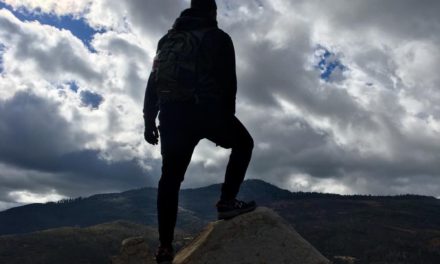 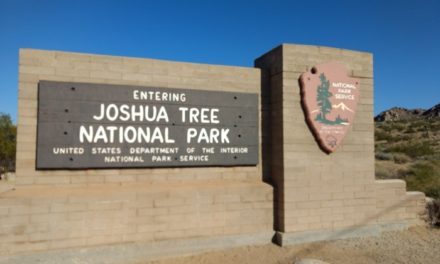 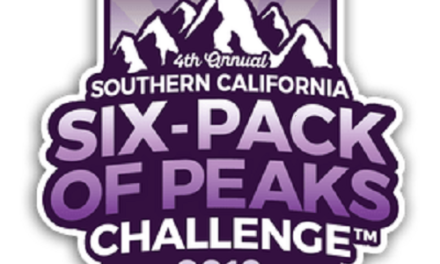 2018 Hiking Goals: The So Cal Six Pack Of Peaks Challenge