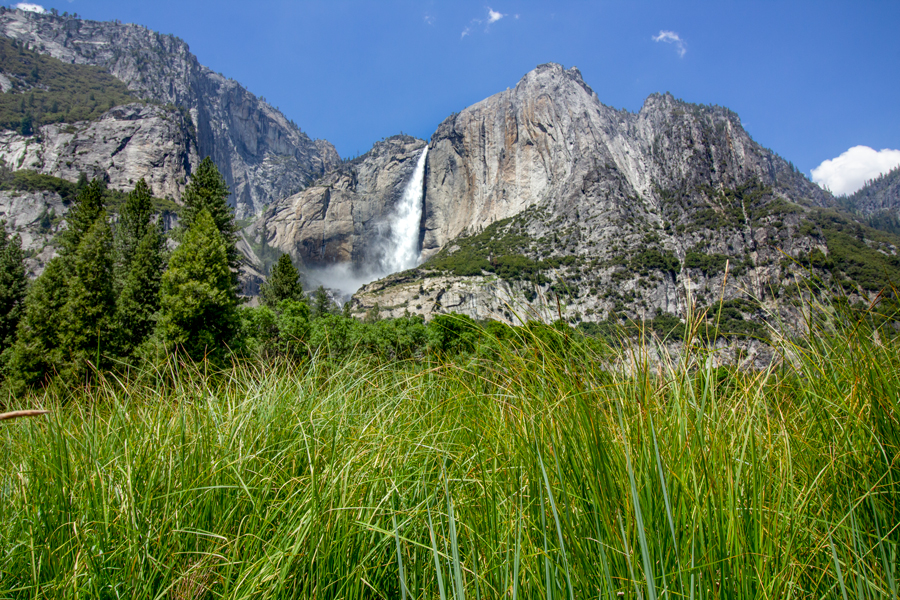 Yosemite Falls is a waterfall that needs no major introduction. It is one of Yosemite National Park’s beautiful wonders and one of the tallest waterfalls in North America. Its lure attracts millions of visitors into its gates each year. It is a marvel to see in person and fun to photograph. The roar of the thunderous falls during the spring can be heard from across the valley. This is eight different place to photography Yosemite Falls from inside Yosemite National Park.

Yosemite Falls is one impressive waterfall. At 2,425 feet in height, it has earned its place as one of the tallest waterfalls in North America. The height of the falls combined with the beauty of Yosemite Valley makes it one of the most popular waterfalls to photograph. The best time to view Yosemite Falls is during the spring months. Snowmelt collects in the creeks from the granite mountains and plunges over two thousand feet to the valley floor.

During the spring the waterfall will be at its most impressive. The roar of the falls and large boulders plunging from the top and striking the bottom can be heard across the valley. Yosemite Falls gets most of its flow from snow melting from the higher elevations. As summer goes on the snowmelt fades. In some years the waterfall can be a trickle by July and dry up completely by the fall. Thus, spring to early summer is really the best time to photograph Yosemite Falls In all of its glory.

The waterfall itself is classified as a tiered waterfall and broken up by three different sections. One of the most popular ways to photograph this trail is from the floor of Yosemite Valley. From this vantage point the two major tiers, Upper and Lower Yosemite Falls are easily seen. It’s not until a higher vantage point that all three tiers can be seen. For those looking for a different perspective on Yosemite Falls, here are eight different places to photograph this famous waterfall.

How To Use This Guide
This guide is meant to offer people different vantage points to see Yosemite Falls from. There is no right or wrong way to photograph the falls. Let your creative juices flow. For more information on the locations, use the links to navigate to the individual trail pages.

One of the most convenient and easiest places to photograph Yosemite Falls from is the Lower Yosemite Falls Trail. This trail is a short paved trail that will bring you as close as it gets to the base of the falls.

With the ease of this trail however, it’s also insanely crowded. This is one of the most crowded areas of the park. The most open and unobscured view from the trees will be near the beginning of the trail.

In this photo I set up a tripod and used a ND filter and a delayed shutter speed. The lens angle is in the tree line to avoid capturing hikers and bikers on the trail. As you can see here, both tiers of the falls are easily visible.

Base Of Yosemite Falls

The Lower Yosemite Falls trail leads as close as it can get to the base of the waterfall with it still being safe. During the spring the strength of the falls casts a mist across the entire trail. It’s from this point that the raw power of the waterfall can truly be felt.

I’ve seen this waterfall as a gentle plunge during the late fall to a roaring giant during the spring. Take precautions to protect your gear. Anything from a slight mist to a downpour can be cast out from the power of the water hitting the valley floor.

I thought the falls would make a great photo using a zoom lens. This photo was shot from the bridge overlooking Lower Yosemite Falls focused about midway up the falls.

A more gentle version of Lower Yosemite Falls. This photo was taken from the same spot as the one above. A winter storm had recently blown through the area. The falls had awoken from their summer doldrums.

Heading further out and away from Lower Yosemite Falls will be the valley floor. The Yosemite Valley Loop Trail covers up to twenty miles circumnavigating the entire floor. Some of the notable views here will also include El Capitan, Half Dome, Mirror Lake, Bridalveil Falls, and most valley amenities.

This photo was taken near Yosemite Valley Lodge close to the Merced River. The best time to photograph the falls is during the morning. In the afternoon the valley walls will create shadows across the falls.

There are many places to photo graph the falls from here. The further away you are from the valley walls the more likely you’ll be able to see both the upper and lower tiers. A popular place to view both tiers in the valley is from Sentinel Bridge along Merced River.

For those looking for some more challenging ways to view the falls heading up and out of the valley is the way to go. The closest option to the falls is the Upper Yosemite Falls Trail. Totaling over seven miles and almost 3,500 feet of elevation gain, this trail isn’t for the faint of heart.

For those that do make the difficult trek along this trail, the reward will be a very personal experience to the upper tier of Yosemite Falls. At the top of the trail you’ll be staring straight down as the water plunges straight down the vertical granite cliffs.

This photo was shot about half way up the hike. Along the trail there will be many different perspectives of the falls.

Another trail not for the faint of heart is the Four Mile Trail. This hike is the sister to the Upper Yosemite Falls Trail. It climbs the valley floor to the top with an almost equal amount of elevation gain. Depending on how you do the hike the total distance can be from nearly five miles or nine miles in length.

There will be views of Yosemite Valley Falls for nearly three quarters of the way up the trail. As the elevation climbs nearly all three tiers of the falls will become visible. Mornings are the best time to photograph the falls. As you can see here the valley walls cast a shadow in the afternoon hours.

A little south from Glacier Point is an overlook not constrained by any rails. Taft Point is a short trail that leads to the edge of the valley walls. The point looks straight down a few thousand feet below. Use caution standing on the ledge as people have fallen to their death here.

Taft Point almost looks straight on towards Yosemite Falls. Nearly all three tiers are visible from here. Taft Point also offers an incredible view looking out towards the famous El Capitan. The photo was shot in the morning but the clouds weren’t so friendly for the lighting.

From Sentinel Dome all three tiers of Yosemite Falls are visible. This photo was shot in the morning using a zoom lens and a ND filter with a delayed shutter speed. Sentinel Dome is one of my favorite views in the park. From here El Capitan, North Dome, Clouds Rest, Half Dome, Vernal Falls, and the back country of Yosemite in the high Sierra can be seen. 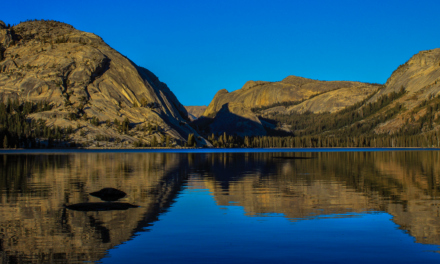 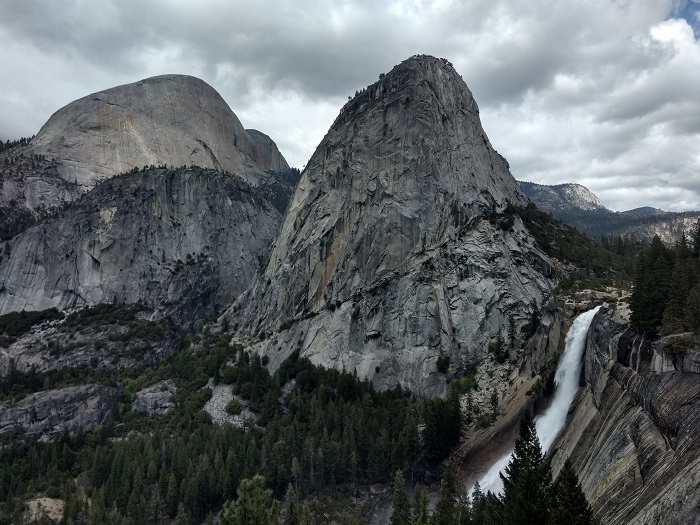 Six Different Ways To Check The Weather Before A Hike